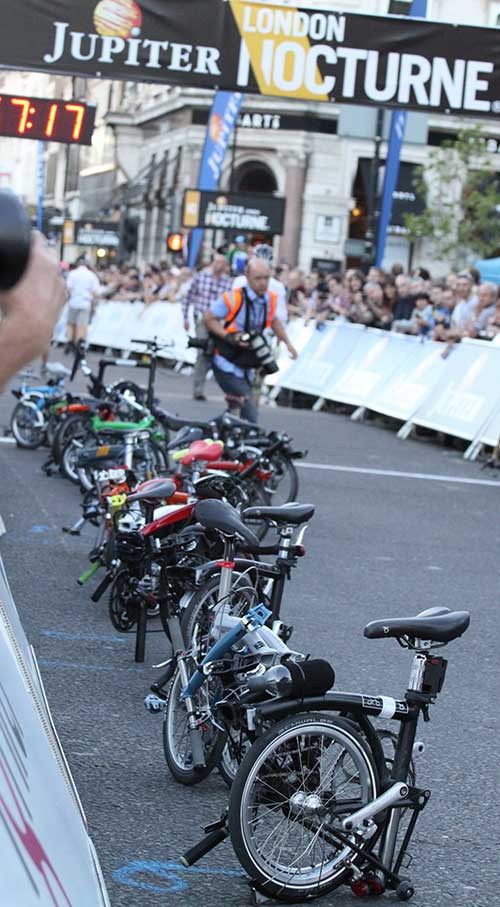 As this was our first visit to the Nocturne, on a friend’s recommendation, we had booked tickets for the grandstand, but arrived at the 16.00 start to make sure we had decent seats… It threatened to be a long day, which wasn’t helped when racing was delayedfor an hour to treat an injured rider (we haven’t been able to find out what happened, but they were down for a long time, so we trust they’re on the mend now). 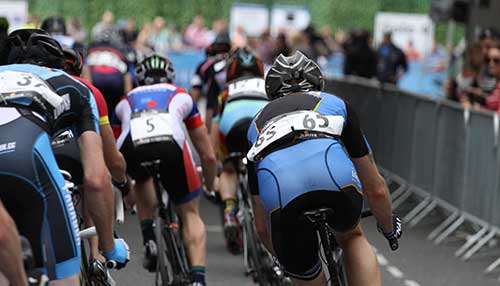 The Nocturne for the uninitated is a curiously English beast that warmed slowly throughout the evening. Some folding bike qualifiers were followed by a criterium, then a race on track bikes (we couldn’t see any really sharp corners, but this was a velodrome and the riders must have demonstrated some genius riding to control the bikes round a variety of corners at race speeds). Even the most die-hard race fans wouldn’t have failed to raise a smile for the penny-farthing and Boris Bike races, where the racers themselves were an eclectic mix  of people out to win and the rest happy to enjoy the spectacle. 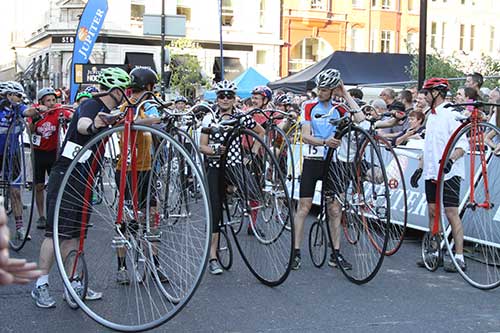 By 21.30 the sun had disappeared, the street lights were on and the noise levels were massive – with everyone lining the track leaning over the barriers and smashing the advertising boards with their hands whenever any riders went past. Add the background music and the sounds of hundreds of the tin bells handed out by the Rouleur team, and you had a full-on race party just in time for the two pro races. 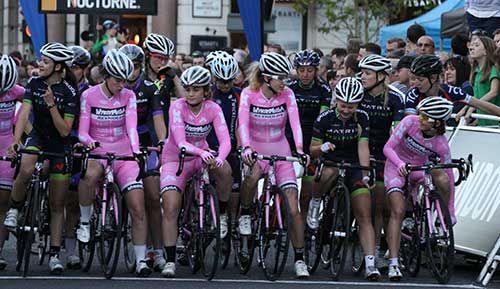 I’ve not witnessed cycle racing in the flesh before, so to see the men’s Elite riders pounding round a one kilometre road circuit at 48kph for 30 minutes, with the women not far off that pace, was incredible. 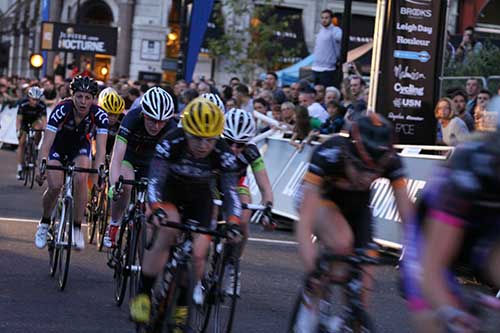 Note – between Louis and myself we managed to get some professional quality pictures and video. If you’re interested in any of the full-size originals, then please get in touch. 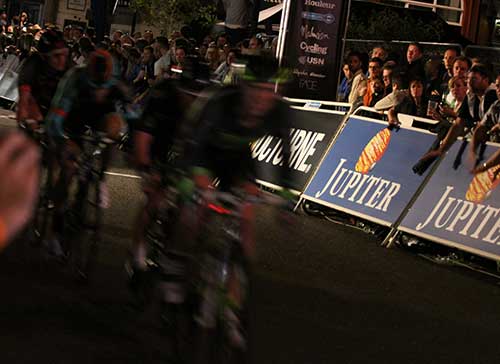 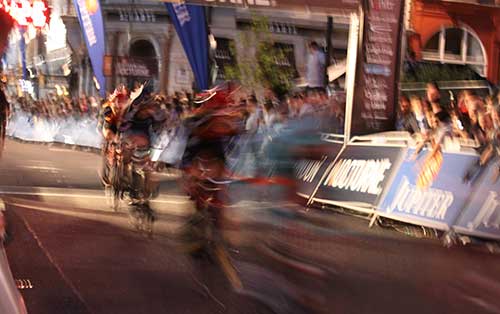