Mombee is a fluffy toy cow, who’s been a huge part of the family since Louis arrived on the scene in 2001. 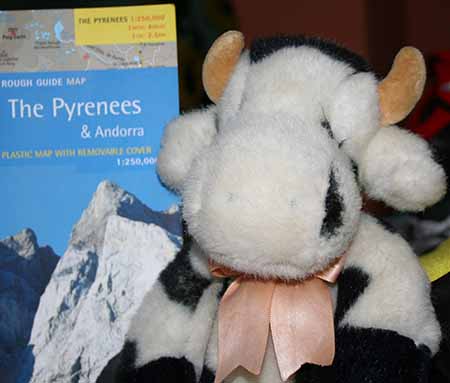 The name probably came from some Australian friends, who seemed to think that ‘Mombee’ was a colloquial name for a cow.

In fact we think that the term Mombee can be traced back to Zimbabwe or Rhodesia (as it was), where it was still a term for a cow… that discovery has been fairly profound given the appalling political situation in Zimbabwe in recent years. So I’d like to go on record and say that, even if there is a direct link between that country and the word Mombee, we do not have any support for that regime past or present.