I’ve been using some neoprene Shimano overshoes for cold/wet road rides for donkey’s years and they’ve become rather shabby – with tears at the heel encroaching on the zips. It was time for a change…

However, given that the Bianchi (and my road shoes) tend to avoid those days when the weather decides to through it’s worst at us, at which point I turn to my Cannondale and wonderfully warm/dry Northwave winter boots, I didn’t need full-on winter overshoes. So I’ve gone for some realtively lightweight Northwave H2) overshoes, and not the ‘winter’ variant, on the basis that they’ll be fine for spring/autumn inclement rides, and can be warmer in the winter with some thicker socks (obviously only up to a certain point, but if it’s too cold, then it’ll be icy and the Bianchi hates ice). 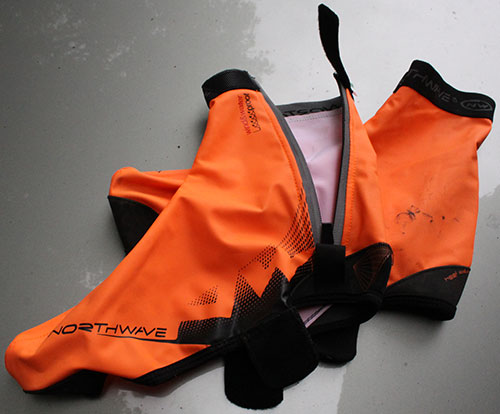 Much to the disgust of my sons, I’ve bought the fluro orange versions simply on the basis that having these pumping up down in front of a car should make me a little more noticeable to a driver.

They’re a good fit on my Sidi shoes, almost aero actually, and the little Italian flag on the side is a nice touch. Fitting them is made easier by a velcro strap across the bottom of the foot, which opens them right out to fit across the shoe, before zipping them up. 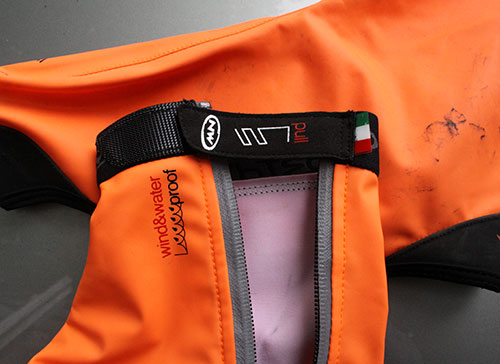 I’ve used them quite a few times since they arrived in March (2015) and they’ve seen some fairly chilly, not to mention damp, rides and my feet have been fine throughout. I’ve even been using them on early morning runs in relatively good weather to make myself more visible. Overall I reckon that they’re more comfortable than the old neoprene overshoes and will prove to be more versatile, and worn more often… whether these Northwave overshoes also last for donkey’s years has yet to be proven.