Understanding how my fitness is improving is, I feel, critical to my preparation for the Ironman undertaking. There are a variety of tests involving pull-ups, planks and push-ups, which measure muscular strength, but those should come as a result of the triathlon training, so I’m not going to consider those. 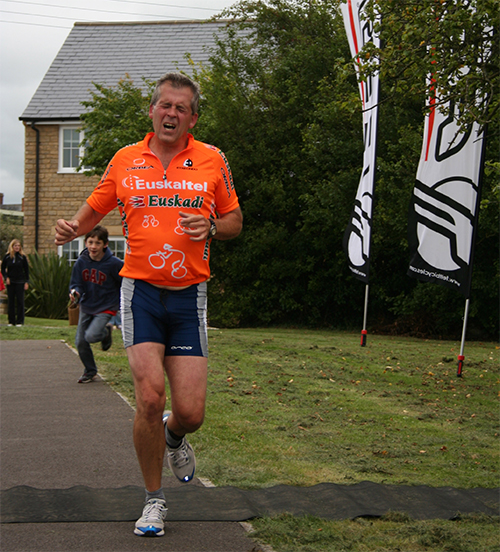 However, short of putting myself though a 70km trial once a month, I’ve been uncertain on how best to get snapshots of my overall fitness, so I’ve decided to focus on two options – a rower and a run-based trial.

Rowing – as anyone who’s ever used an indoor rower knows, working out hard on one of these can be horrible, as they exercise your whole body and push you into the top-end of your output very quickly. I used to be able to push 500m from an indoor rower in sub-1:45 times, which is generally deemed to be excellent, but that was a long time ago when I was doing a lot of kayaking and windsurfing, so had good core and upper body strength. Now, i.e. today, I’d be happy to get 2:30 as a measure.

Update 2nd November 2015 – I’ve been using the rower as my main benchmark for the past 6 or so weeks and 1,000 metres rower proved to be barely enough to warm-up. In fact I’ve been starting my gym sessions with 500m or 1,000m to get the blood flowing, before doing some core work and a few weights, and then going for a real burn back on the rower. That baseline distance has been set nominally, in discussion with my triathlon ‘buddy’, at 6,000m – that’s enough to force the fatigue to set in. I’ve also thrown a 10,000 metre session into the mix to really push that fatigue envelope to the next level – there’s no hiding when you’ve completed the ‘normal’ 6k but you still have another 4,000 metres to go.

Running – I’m going to keep this fairly simple and set-up a Strava segment on a familiar cross-country circuit. I really enjoy cross-country for my running, there are the practical benefits of no traffic and being easier on the joints, but it’s also way more enjoyable – there’s nothing quite like being on the rolling hills around Malmesbury on a wintry day to feel a million miles away from normality. I’ll take a look at my routes and select a segment that stretches for about a mile without too many stiles or the like, but which includes a good hill to push my power output.

Both of those ‘tests’ are measures that I can throw into the training without really thinking about it, so I can measure progress easily on a weekly basis.

The last one that I’m going to throw into the mix is a cycle-run transition. Because of the logistics of doing this in a fairly controlled fashion it’ll be harder to be really scientific about it, but I reckon that it’s worth doing every month or so, if only to ‘feel the pain’. In principle what I’ll do is set-up the turbo trainer, warm-up for 15-20 minutes and then start the test. That test will be a set distance on the bike (somewhere between 5-8km, as measured by the cycle computer), before a quick dismount and change into running shoes before a set run (probably 1.5km or a mile).

Hopefully these tests, performed regularly, will be sufficient to monitor my progress over the next ten months.