I’ve had my US Postal bib shorts for twelve-plus years and it’s testament to their quality that they survived this long. They’re a bit thin in places, but they’re not indecent, so I carry on wearing them… on a mountain bike. I absolutely wouldn’t be seen dead on a road-bike in these shorts. 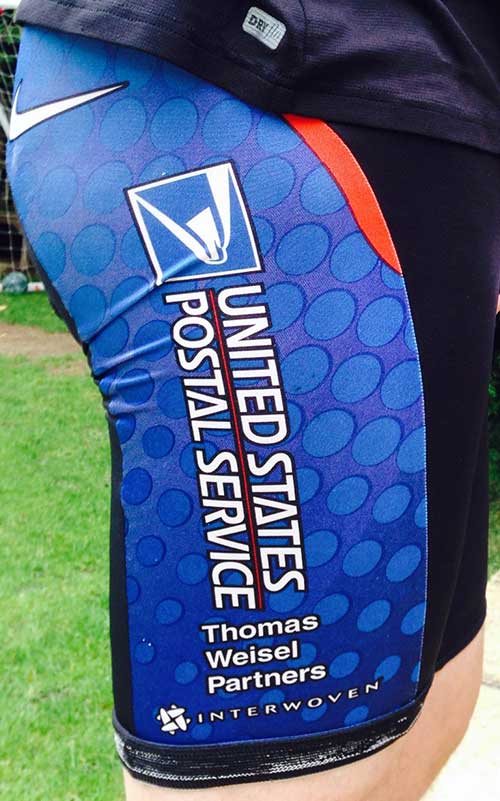 Friends will know that long before the whole Armstrong lie was flushed into open, I’ve not been his greatest fan. His approach to the profession and focussing on commercial success in Le Tour, rather than supporting the broader race calendar and it’s heritage, never sat comfortably with me.

So given his massive fall from grace, which has taken the reputation of pretty much everyone involved in US Postal with him (which in many cases is underserved and I will hopefully highlight the survivors in later posts), puts the team alongside Rock Racing as being bas-ass enough to be cool for mountain biking… maybe??