Let’s put one debate to bed to start with… I really rate 26” wheels, I think they offer a more versatile ride than a 29” wheel for my sort of riding, and I’m very happy with my decision three years ago to stick with small wheels. Saying that, if I was buying now, I’d almost certainly be looking at 650b/27.5” wheels.

Back to the Anthem… there are pages of reviews available raving about Giant’s Anthem frame in all of its wheel sizes and it was these that lead me in the Anthem’s direction three years ago. I’d been running a Marin Eldridge Grade (a Fox-forked hardtail) for a couple of years, but had always felt that it was a surefooted but slow workhorse… it had been a good bike for mixing it on rides involving a young family, but as the boys were getting older I was finding the time for longer and faster bike rides, so the Marin’s time with me was limited. 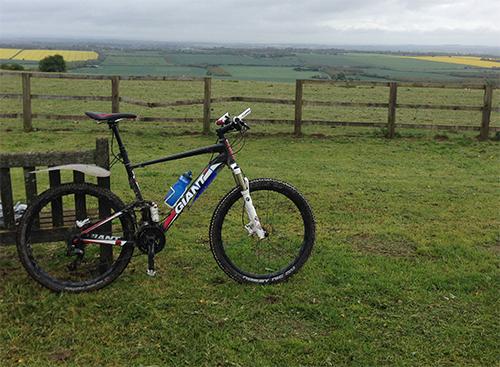 I seem to recall that my shortlist back then was based around Trek Fuel’s and Orange Five’s, but they were challenging my budget. It was impossible to ignore the reviews that Giant were getting and the final straw, in terms of my decision, were the deals being thrown at the end of model-year bikes… I seem to remember the RRP on my X3 being something like £1600, but I paid just shy of £1100 in Oct 2012, and I know that at points over the following few months they ducked under a grand!! I must say that I was sorely tempted by the X2 version with its Fox forks and fantastic blue & white paintwork, but my head said to save the money.

I keep referring back to those reviews and this is how BikeRadar have seen the bike evolve through the different wheel sizes over the past four years:

1 – Sept 2011 – They said of the original 26″ version of the Anthem “Our favourite fast trail bike… The result is a totally ripped all-terrain athlete”… see their review here.

2 – Sept 2012 – They reviewed the bigger wheeled Giant Anthem X 29 1 and said “When it comes to ultra-efficient, low-weight, short travel full suspension bikes, Giant’s Anthem family has been unbeatable since it was first introduced eight years ago”… see their 2012 review here.

3 – Feb 2015 – They came right up to date with the Giant Anthem 27.5 3 and said this “Ride and handling: more trail than race. While it was originally aggressively angled, time has mellowed the Anthem and the angles and overall balance are friendly and neutral, rather than ferocious”… see the 27.5″ review here. 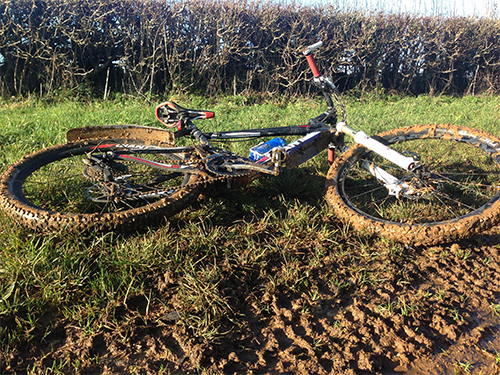 So what’s been my experience…

My rides are generally local Wiltshire trails and south Wales trail centres (several trips to the Forest of Dean and one outing to Cwm Carn).

The bike is blisteringly fast on local XC trails – the only bikes that I’ve tried recently that have felt obviously faster in similar conditions were carbon hardtail 29ers from Trek and Specialized.

I had a huge ‘off’ during a Forest Of Dean ride during July 2013 and I’m certain that it was a result of pushing the Anthem outside of its comfort zone, and then not having the experience to avoid the resulting crash… or maybe I was just unlucky. Suffice to say that a combination of the rollers at the bottom of the Verderas Trails (the Dragon Tail) and compressing the rear suspension that then punched me over the handlebars resulted in my landing on my head. Since then we’ve picked up a second-hand Gary Fisher Hifi Pro and I’d argue that that bike is better equipped for trail centres and may have prevented my accident… but like I say, maybe I was unlucky and I won’t blame the Anthem for what happened.

I just added bar-ends and lock-on grips initially, and the bar-ends do offer a more comfortable riding position for extended blasts. I also tried Ergon grips for a 4-hour Brass Monkey event, which proved to be very effective at stopping numbness, albeit they’re not particularly aesthetic.

The biggest change was to upgrade the wheels to tubeless Easton XCT’s. Those were my first tubeless wheels and proved to be a revelation with an immediate  & obvious weight saving, not to mention no more punctures, not one in nearly two years of abuse.

Following that FoD crash, I also added a dropper seat-post to give me some more confidence on steep & technical decents. 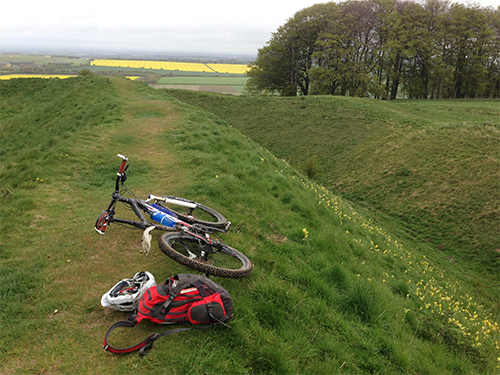 The original Racing Ralphs were not ideal for either my style of riding or the local conditions, especially as I tend to ride off-road when the weather takes a turn for the worst, so I’ve swapped to Nobby Nics, which I find to be a wholly more predictable tyre.

Given that the Anthem has a relatively complex suspension set-up, we’re not talking about an Orange Five’s single point swing-arm here, it’s been really reliable. I should say that it gets a thorough wash and every lube after every ride, so it’s not left rotting under several inches of wet mud and trail cack between outings, but it’s not an old-skool hardtail and this seems like the obvious way to look after it.

The only issue that I’ve had was a bearing failure late 2014, which made the whole rear triangle float so replaced the whole set myself disconcertingly when under pressure. I replaced all of the rear bearings myself – this was relatively easy with the tools I have here, but isn’t a desperately expensive thing for any decent workshop to undertake.

It’s worth noting that I have a friend with an identical Anthem and his rear shock sprung a leak, but that was repaired and has been OK since.

Three years on… The Anthem is still proving to be a fantastic piece of kit. If I’m out with Louis (age 14), he always grabs it first as his weapon of choice, leaving me with the Gary Fisher (which I also love, but that’s a different review). The Giant definitely needs some TLC after a ride and has some limitations (in my opinion) when things start to get really hairy… but you’re after a fast trail blaster, that will get down most things, then it should be on your shortlist. 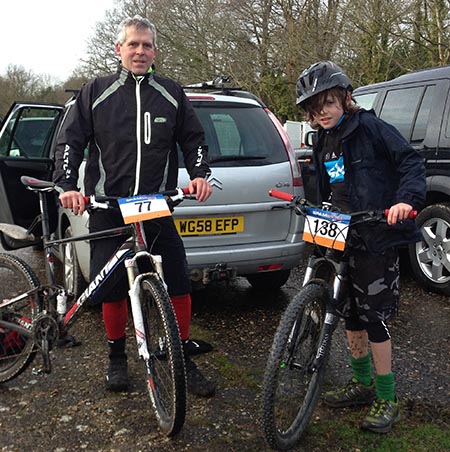 Note – Pauls Cycles and Pedalon are two outlets that seem to have a relatively constant stream of heavily discounted previous-model-year bikes, so take a look at them if you’re shopping.