I think balance bikes are great… they give young kids a chance to get familiar with the whole two-wheeled idea, and there’s plenty of support for the argument that says it’s much easier for kids to use a proper bike (with pedals) once they’ve mastered the simpler balance bike. 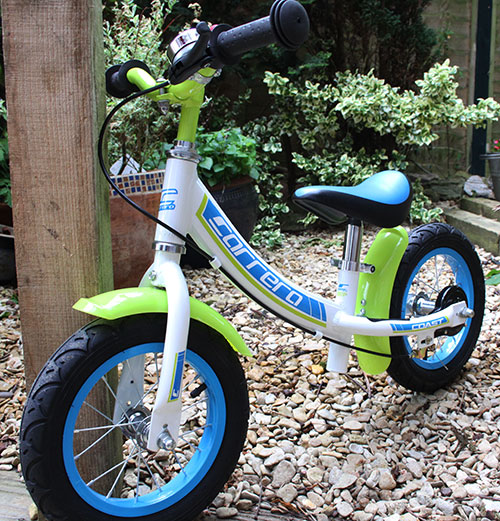 The thing is, while the original balance bikes were gererally wooden, there’s now a plethora of different shapes and sizes. So when I went shopping for one at Halfords last week I was suprised to find how they differed in the flesh. The balance bike I was intending to buy, based on the online notes, was the Mongoose Scan, which was styled better for a boy and at £60 seemed like a good price. However in the flesh my first impression was that it was quite heavy. Next to the Mongoose in the rack was a Carrera Coast that had originally been for sale at £120, but was on sales for just £50. Putting the cost for a moment, it was immediately obvious that the Coast was a very lighter balance bike, which was all the more suprising as it bigger than the Mongoose and also had a back brake and mudguards fitted. I know some people are critical about Halford’s Carrera range, but they are great at providing decnet quality bikes for the ‘more recreational’ user, and looking at this Coast there’s nothing to criticize about the quality and finish… it’s a really tidy little bike. 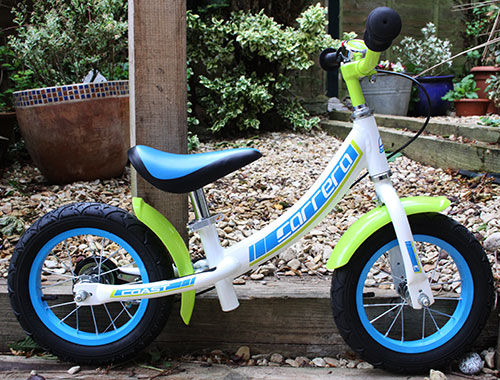 What I would be concerned about, if I was working for Halford’s, is the price of the Carrera Coast – at £120 it’s going to be too expensive, at £50 it’s a total bargain and I would suggest that (certainly compared to the £60 Mongoose) £75 would be a fair price… 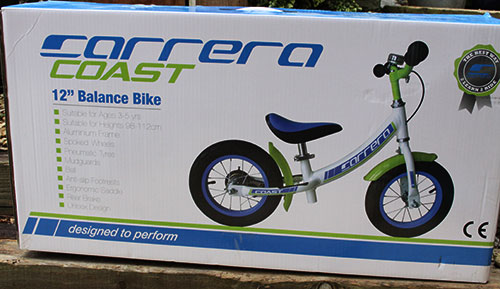 Anyway, the real proof of this balance balance will be to see what happens when it’s in the hands of its new owner this coming weekend… I’ll keep you posted.

Update 8th June 2015 – Two year old T took delivery of his Carrera Balance Bike at a party yesterday and took to it immediately. Balance bikes aren’t for all kids, but T kept coming back to the bike throughout the afternoon and quickly got the hang of using his legs to scoot about. I’m reliably informed that he’s been scooting round the kitchen this morning… much to the delight of mum and dad… a good result I think.