My third cyclocross was last night and I didn’t get into the largest chainring at any point… Round 4 of the Western Cyclocross League was held at Oldbury Park, in north Bristol, on a beautifully sunny Wednesday evening. The gales and rain from the preceding few days had evaporated and the weather couldn’t have been better. 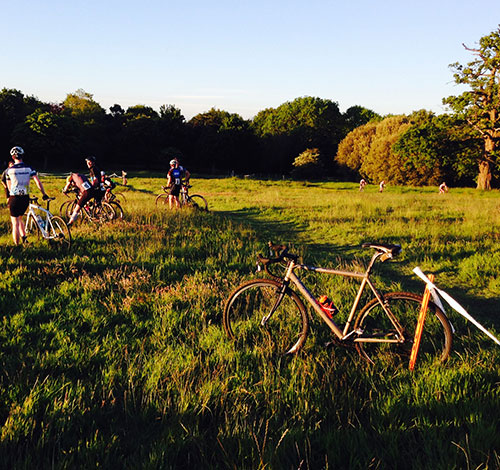 At first glance the same could have said about the course, as it weaved it’s way across two large fields in the park, across a stream and through some tight woodland. However, therein lies the rub, grass is incredibly sapping to cycle on, and it was reassuring during my two warm-up/reconnaissance laps to see that even people who would be clearly quicker than me were sticking resolutely to their small chainring.

One thing I leant from Round 1 was the importance of at least one circuit of the course ahead of a race – not only does it warm your legs up, but it lets you see any suprises. In Oldbury Park those suprises were a fair few roots amongst the trees, a nasty ‘rooty’ hairpin (we’ll come back to that) and a stream crossing. So far the cyclocross dismounts have been limited to small fences in the Western League, but at Oldbury they threw in a fence just ahead of a small stream, with a climb up out of the streambed onto the flat. I’m pleased to say that, during the race, that run up the hill proved to be much better than expected and my legs had plenty of power in them to get quickly up the little hill… does this set any precedent for the winter when the running gets longer and muddier, I wonder? 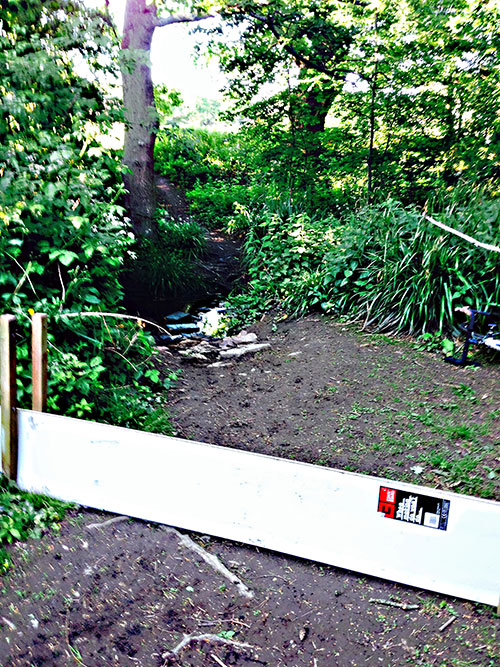 The race itself was tough going, but I got into the familiar routine of getting my head and pacing myself. Which would have been fine, except I got my competitive head on, and there was a chap on a Colnago and another on a Giant who remained tantalizingly close throughout the whole race, with all three of us leap-frogging each other on occasion. So as we entered what I though was going to be the penultimate lap, I put the power down… it wasn’t a huge difference, but I started to reel in ‘Mr Colnago’ . All was going well as I approached the halfway mark of the lap and ‘that’ hairpin, with my plan to ramp up the speed during the run into the finish line, so that I’d be well placed to overtake on the final lap… such are the best laid plans…

Cyclocross is incredibly hard work and by the end of a race you’re so exhausted that any mistakes are punished – you just don’t have the energy left to recover from what would otherwise be a slight slip up, at least that’s been my experience. So as I piled into that penultimate hairpin, with its roots that you needed to lift the front wheel over, I caught an edge and went down like a sack of spuds… and my right leg went into an instant cramp. Apologies to those riders who I hindered as I struggled to stop the cramps in the middle of their course, and thanks to the riders that asked if I was OK. Anyway I lost a minute or so getting back on the bike, then amazed a whippet rider as I pulled away from him in an attempt to catch up on my ‘targets’. 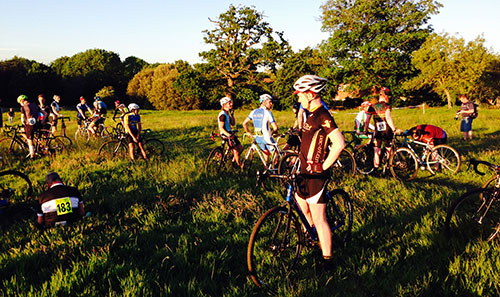 As I raced up the last grassy climb with ‘Mr Colnago’ in my sights, I heard the bell ring and I expected to roll round the corner into the last lap… “One more lap?” I asked the chap with the bell… “No, you’re done!” he replied… “Rats”, I not got past my fellow competitor… I’ll have to try harder next time. 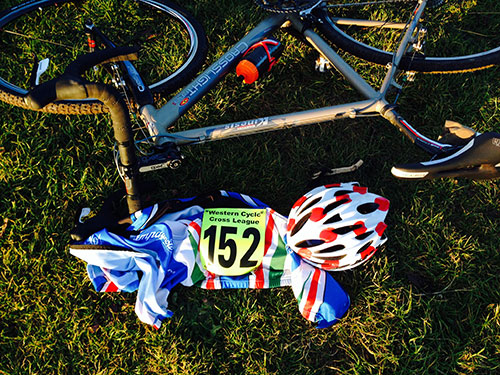 I should also add that the Kinesis has had a lot of TLC over the past week after the disastrous experiences with ‘clicky’ gears in Round 2. It’s got a brand new SRAM Apex rear derailluer and new chain, and was running like a dream last night… happy days!!